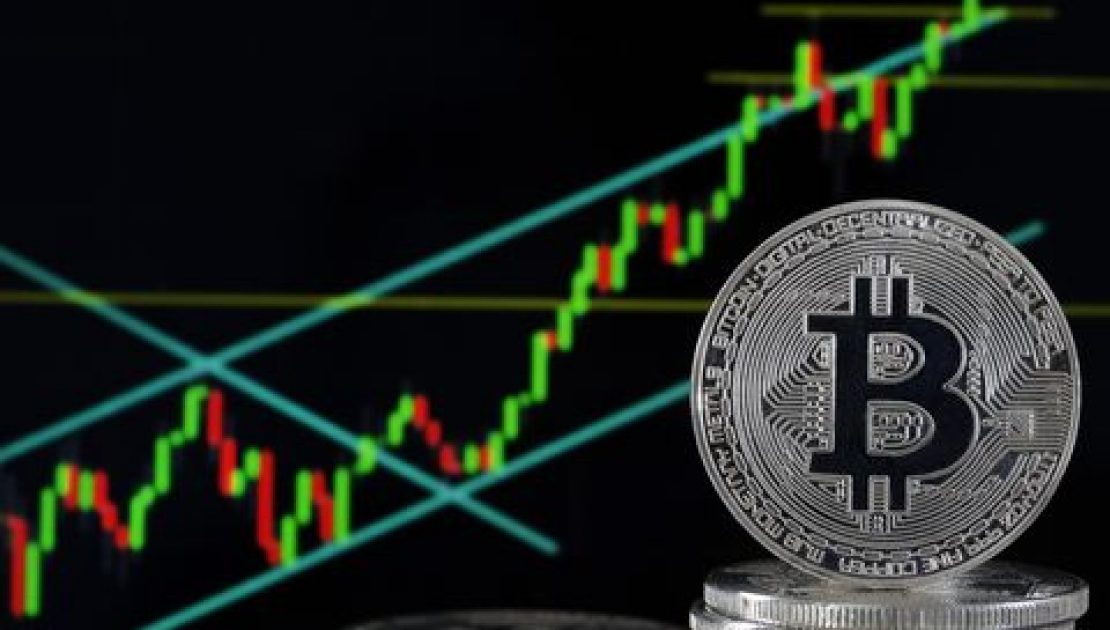 A hedge fund specializing in volatility bets has emerged as one of the largest investors in Bitcoin after quietly buying more than $600 million in cryptocurrencies and joining forces with Alan Howard, the co-founder of Brevan Howard Asset Management.

Eric Peters, chief executive officer of One River Asset Management, said in an interview he set up a new company to seize on the growing interest in cryptocurrencies among institutional investors. In addition to its initial purchases, One River Digital Asset Management has commitments that will bring its holdings of Bitcoin and Ether to about $1 billion as of early 2021, he said.

A surge in cryptocurrency prices and unprecedented monetary-policy moves are increasingly attracting big money to an area that had largely been the realm of retail bettors. Bitcoin surpassed $20,000 Wednesday to hit a record and has almost tripled in price this year.

“There is going to be a generational allocation to this new asset class,” Peters said. “The flows have only just begun.”

Howard is playing a number of supporting roles. In addition to investing in One River Digital’s funds, he’s also buying a stake in the business. A company he controls, Elwood Asset Management, is providing One River Digital with trading services, market analysis and technical support.

A spokesman for Howard declined to comment. Separately, Brevan Howard acquired 25% of Greenwich, Connecticut-based One River Asset Management in October.

Peters was wary of triggering a spike in the prices of Bitcoin or Ether. He described executing his trades as inconspicuously as possible and finishing all the buying in November before Bitcoin hit $16,000.

Another investor with One River Digital is Ruffer LLP, the U.K. investment firm known for its bets on market volatility. Ruffer on Tuesday disclosed a 2.5% position in Bitcoin in one of its funds, describing it as “a small but potent insurance policy against the continuing devaluation of the world’s major currencies.”

Founded by Peters in 2013, One River employs volatility and trend-following strategies in an effort to make money whether asset prices are rising or falling. Its Long Volatility Fund and Dynamic Convexity Fund surged during the coronavirus selloff in March and are up 33% and 40% this year, respectively. The firm oversees about $1.6 billion in total.

Peters, 54, was drawn to digital assets for the same reasons he anticipates more volatility in financial markets: Now that interest rates in the developed world are at or below zero, fiscal spending by governments combined with debt monetization by central banks has emerged as the primary way to spur growth. The consequence of that increase in the money supply, he thinks, will be currency debasement and, potentially, inflation.

“Covid-19 provided the ultimate catalyst for that transition,” Peters said. “This is the most interesting macro trade I’ve seen in my career.”

Peters isn’t the first investor to predict a flood of money into cryptocurrencies. Mike Novogratz, the macro trader who started Galaxy Digital Holdings Ltd., has been saying “the cavalry is coming” for years, only to watch as Bitcoin slumped to a recent low of $3,157 in December 2018 before recovering.

Yet a few heavyweight crypto managers have emerged, including Pantera Capital, Polychain Capital and Galaxy. Assets in the Grayscale Bitcoin Trust, the largest player, have swelled to more than $10 billion.

Peters said his goal is building a “blue-chip fiduciary” for institutional clients seeking digital assets, and won’t be trading aggressively or making venture-capital investments. One River Digital hired Northern Trust Corp. as fund administrator and Coinbase as its initial partner for trade execution and asset custody. The funds will charge 1% fees and allow investors to sell in a day.

While gold also stands to appreciate in a world of debased currencies and inflationary fears, Peters thinks Bitcoin and Ether prices can far outpace that rise.

“There definitely are more risks to this than gold, which has been around for thousands of years, but there’s also way more convexity,” he said. “There are very few convex bets that’ll help your portfolio when these macro forces start playing out.”