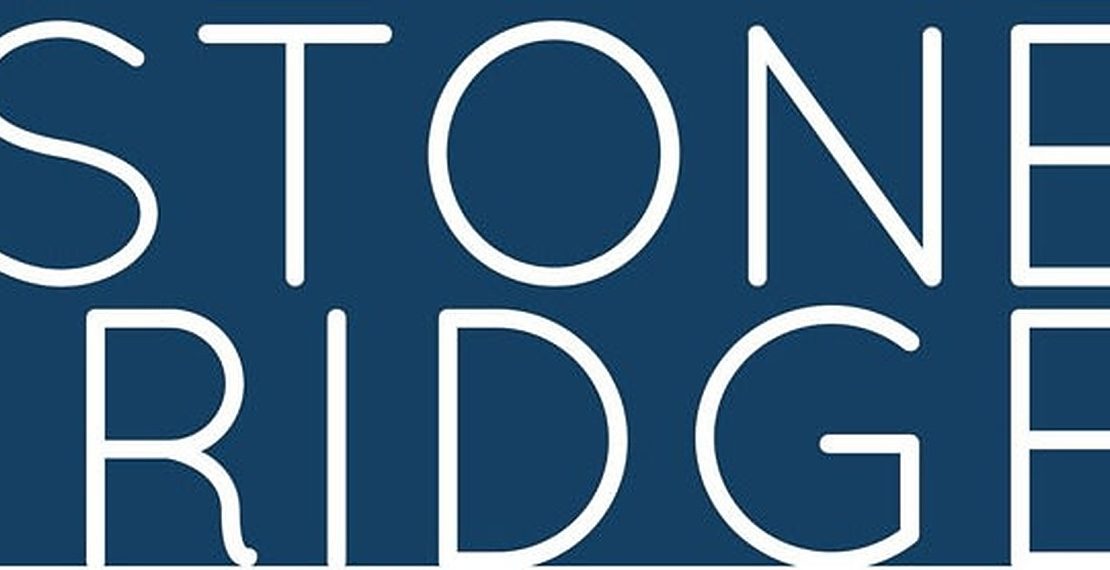 Three years ago, the founders of the $10 billion Stone Ridge Asset Management had a problem. Several of the advisory firm’s founders and senior employees were buying bitcoin at such a rate it became obvious the purchases needed to be looked at more closely by the firm’s auditors. As word got out that Stone Ridge’s staff was personally investing in bitcoin at such a scale the firm’s clients increasingly wanted to express the same thesis. As Stone Ridge cofounder Robert Gutmann put it, that thesis is a belief in “the long-term growth of an open-source monetary system—in assets like bitcoin.”

The problem was that Stone Ridge needed a way to turn the dollars they wanted to invest into bitcoin and to safely store that cryptocurrency once they had it. And since they were personally invested in bitcoin, they needed to do all that in a way that not only satisfied their clients, auditors and regulators, but themselves as well. So, instead of just establishing a few custom funds for their clients as they’re wont to do, Stone Ridge took the extraordinary step of building execution and custody tools from scratch and kicking off an entirely new line of revenue, executing cryptocurrency purchases, and then holding on to the assets for their customers.

By 2017, that vision had evolved into the New York Digital Investment Group (NYDIG), the first Stone Ridge subsidiary that isn’t wholly owned by the parent company. That year, the firm quietly raised $50 million in a previously unannounced investment and set about building a spinoff that served the new breed of institutional investors increasingly seeking their services. Last Friday, that work went to the next level, when NYDIG raised another $50 million growth equity fundraise led by Fintech Collective, with Bessemer Ventures, and Ribbit Capital participating, bringing the total raised to $100 million. As part of the announcement, Stone Ridge Holdings Group revealed NYDIG is acting as custodian of 10,000 of the parent company’s bitcoin, valued at $115 million at today’s price.

Behind the sudden burst of activity is none other than the Covid-19 pandemic. As businesses around the world closed up shop as part of quarantine or sought help from their governments, central banks tried to offset the drop in activity by injecting billions of dollars into their economies. While unemployment increased, markets stayed surprisingly stable, resulting in a sense of impending collapse, says Gutmann, speaking in his first interview since taking over as cofounder and CEO of NYDIG. “We’ve seen a pretty dramatic acceleration in the count of institutional investors who want to participate in the market since March of this year,” he says. “The macro backdrop against the public health backdrop has caused a lot of people to rethink their portfolio composition.”

Based in New York, NYDIG spent the $50 million it raised in 2017 to build out the execution and custody services they would need to manage a rafter of custom bitcoin funds, and to acquire two cryptocurrency-specific licenses. The first license, a BitLicense from the State of New York is used by the NYDIG Execution subsidiary to convert dollars into cryptocurrency and back again. Another subsidiary, NYDIG Trust has a New York State limited-purpose trust charter allowing them to buy and hold bitcoin and other cryptocurrencies for investors. Few NYDIG customers are public yet, though a representative of the company says Stone Ridge’s $115 million position isn’t the largest it manages. Last month Ripple chairman Chris Larsen revealed he’d moved one of his XRP wallets to NYDIG custody.

Currently, the majority of NYDIG’s revenue comes from banks, registered investment advisors to ultra-high-net-worth individuals and institutional allocators. These products are built on a single platform that integrates execution, custody, anti-money laundering and know-your-customer protection. Specifically, NYDIG builds custom funds, separately managed accounts (SMAs) for middle-income investors and other services for ultra-high-net-worth individuals. “Different institutional allocators are used to buying fund management services, so that’s what we sell them,” says Gutmann. “Macro hedge funds are used to buying prime brokerage services. So that’s what we sell them. RIAs are used to buying a set of ultra-high-net-worth advisory solutions. And that’s what we sell them.”

The two largest funds currently managed by NYDIG are the $190 million Institutional Bitcoin Fund LP, disclosed in regulatory documents in June and the $140 million Bitcoin Yield Enhancement Fund LP disclosed in May. Among what Gutmann calls “several” smaller funds is the NYDIG Basket Fund totaling $2.4 million, including bitcoin, ethereum, XRP, litecoin and bitcoin cash. While NYDIG isn’t sharing its total assets under management, the firm now acts as custodian of more than $1 billion, it says, and the number of its clients has quadrupled over the past ten months.

The second revenue stream comes from integrating NYDIG’s underlying execution and custody platform into banks, foundations, and university endowments. In September, the Office of the Comptroller of the Currency (OCC), a branch of the U.S. Department of the Treasury, published a letter saying banks and other financial institutions could hold reserves for clients that issue digital tokens on a blockchain, called stablecoins, which are backed by U.S. dollars. “We’re having lots of conversations with banks, about various kinds of partnerships all the way from basic subcustody solutions,” says Gutmann, “up to end consumer products that the banks are providing, where we’re the back end.”

As part of the preparation for today’s public launch Gutmann and other NYDIG and Stone Ridge executives published a lengthy analysis, in February 2019, called “Buying Bitcoin” about the difficulties money managers face when looking for significant bitcoin liquidity. The 22-page report concludes, for now, that today’s bitcoin market is dominated by retail investors and speculators. From the report: “Given that agents (fund managers, trustees and other fiduciaries) control the vast majority of the trillions of dollars of investable assets in the world, we expect material institutional purchases of Bitcoin as these agents work their way through the challenges of this burgeoning asset class.”

So far, the paper’s conclusion appears to be playing out. Last week payments giant Square invested about $50 million into bitcoin, or about 2.5% of its last reported cash on hand. Struggling business intelligence firm MicroStrategy converted a whopping $425 million of its assets into bitcoin, and at least 20 institutional investors have filed paperwork with the SEC showing they invested in the Grayscale Bitcoin Trust (GBTC). Newly launched Canadian digital asset manager 3iQ has $91.2 million in its Bitcoin Fund trading on the Toronto Stock Exchange, and institutional investor Cathie Wood, of New York-based Ark Invest, told Forbes she sees bitcoin as an “insurance policy” against inflation.

To help bring NYDIG’s in-house execution tools to its clients, the company last Friday also bought New York-based Etale, which specializes in order management software and is integrated with Coinbase Pro, Gemini and itBit. Over the next few months NYDIG plans to further integrate its own in-house execution tools with Etale, making them available to clients for the first time. As part of the deal, NYDIG also obtains a data set including high-frequency price, quote and depth data to further refine its own offerings. The firms are not sharing terms of purchase, but all four employees will be joining NYDIG.

The irony of the surge of interest in bitcoin brought about by Covid-19 is the pandemic is also testing one of bitcoin’s earliest value propositions: that it’s uncorrelated with traditional markets. As traditional markets dropped, so have bitcoin, in large part. Same goes for many upward movements. However, depending on the time one looks, Gibbins argues, correlation or noncorrelation can be found anywhere. As a result, especially in the face of such global uncertainty, the lead NYDIG investor advocates that institutions should allocate between 100 and 500 basis points of their portfolio to digital assets. “With the unprecedented fiscal and monetary stimulus happening across the globe post-Covid-19, portfolio hedging in digital assets will continue to be more and more relevant,” he says. Already, NYDIG’s typical bitcoin investor has between 1% and 5% of its portfolio invested in cryptocurrency, with a few investors more comfortable with the technology exceeding 5%. “If you’re legging into a $5 million to $500 million position in an asset, you are going to want to apply a number of different offensive and defensive capital strategies,” he says.