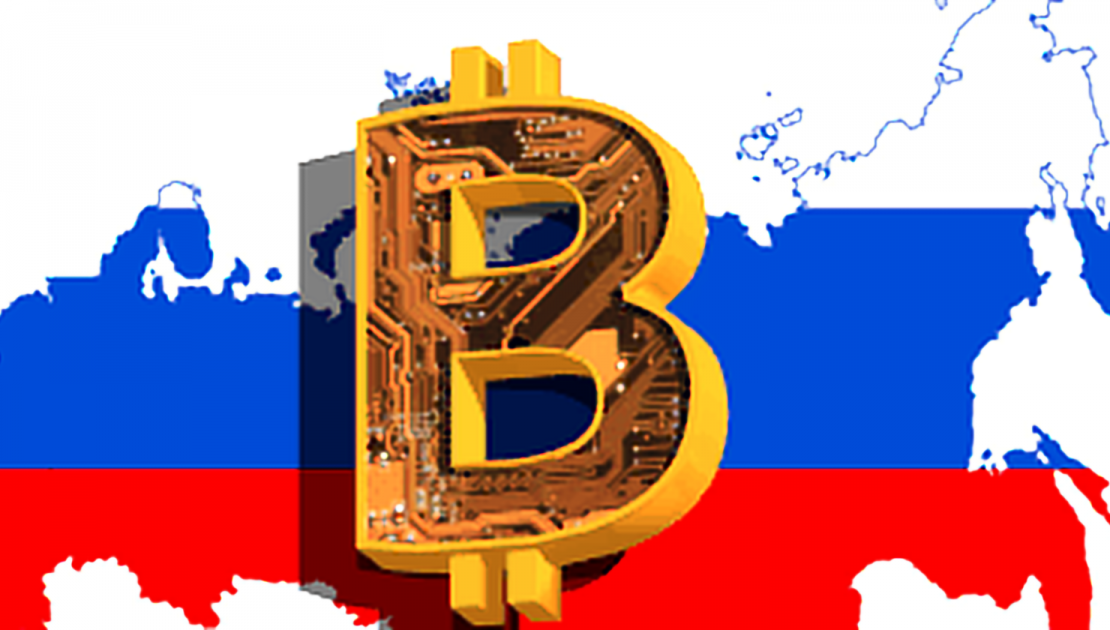 While the market has been increasingly focused on the rising headwinds in the global economy in general, and China’s economic slowdown in particular, while the media is obsessing over daily revelations that Trump may or may not have colluded with Russia to get elected, a far more critical, if underreported, shift has been taking place over the past year.

As we reported in June, whether due to concerns over draconian western sanctions and asset confiscations following the poisoning of former Russian military officer Sergei Skripal, or simply because it wanted to diversify away from the dollar, Russia liquidated virtually all of its Treasury holdings in the late spring and early summer, in the process sparking a major repricing of the 10Y US Treasury, whose yield jumped from 2.70% at the start of April to a high of 3.10% in May, a move which economists were struggling to explain at the time.

The obvious next question is what did Russia do with the proceeds, and it came as little surprise that, as we wrote back in July, as Russia was selling nearly $100BN worth of Treasurys, it was aggressively buying gold. 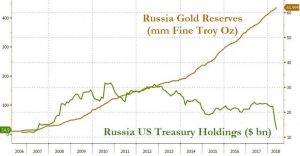 In addition to gold, the Kremlin also instructed the Russian finance ministry to load up on Yuan, something which we noted at the end of September, when we showed the surge in reserves allocated to the Chinese Yuan.

As part of its reallocation away from the dollar, Russia also bought a substantial amount of other non-USD currencies, and according to a recent report, the money pulled from the dollar reserves was redistributed to increase the share of the euro to 32%, the yuan to 14.7%, and another 14.7% of the portfolio was invested in other currencies, including the British pound (6.3%), Japanese yen (4.5%), as well as Canadian (2.3%) and Australian (1%) dollars.

And now, the final missing piece of Russia’s massive capital reallocation out of the petrodollars has emerged, after the Telegraph reported that Moscow is preparing an investment in Bitcoin in a bid to tackle US sanctions, according to a Russian economist with close ties to the Kremlin.

According to Vladislav Ginko, an economist at the state-funded Russian Presidential Academy of National Economy and Public Administration, the government is taking steps to minimize the impact of US sanctions that have hit the Russian rouble by replacing some of its US dollar reserves with the world’s most popular cryptocurrency.

Quoted by The Telegraph, Ginko said he believes Russia’s de-dollarization decision is fundamentally a move to “protect its national interests” due to a possible interruption of “US nominated payments flows for Russian oil and gas” and claims that the investment in bitcoin could be as much as $10bn (£7.8bn); a material enough amount to send the price of bitcoin sharply higher.

When would Russia’s next capital reallocation take place? According to the Russian economist, the purchases could start as soon as next month. Cryptocurrencies have seen a surge of interest in Russia, where President Putin has expressed an interest in the digital assets in recent months. Ginko believes Bitcoin and the wider cryptocurrency industry now account for 8% of Russia’s GDP, and investment to bolster the country’s reserves with Bitcoin could start as soon as February.

“[The] Russian government is about to make a step to start diversifying financial reserves into Bitcoin since Russia [is] forced by US sanctions to dump US Treasury bonds and [take] back US dollars,” Ginko said.

“These sanctions and the will to adopt modern financial technologies lead Russia to the way of investing its reserves into Bitcoin.”

While the Central Bank of Russia has yet to confirm or deny the report and has yet to publish official plans, it said in a statement to The Daily Telegraph that it “publishes information on the foreign assets management with a six-month lag”. As noted above, an asset reallocation would be expected by a country which has been aggressively de-dollarizing  by boosting its holdings of the euro, Chinese renminbi and Japanese yen.

Speaking to The Telegraph, eToro senior market analyst Mati Greenspan said that there is “definitely an interest from the [Russian] government to do this”.

What is most surprising is the sheer size of Russia’s proposed reallocation: the alleged plan to invest in the digital asset would see the state acquire almost a sixth of the world’s Bitcoin float, though since the buy order would push the price and valuation sharply higher, that would reduce Russia’s purchasing power.

Furthermore, since the Russian government would be unable to open an account with an exchange to buy cryptocurrencies, any investment plans could involve the setup of an “intermediary cryptocurrency” that can then be exchanged for Bitcoin. The new cryptocurrency would have to be offered by a broker such as Sberbank, a state-owned bank, and would act as what’s known as a utility token.

“The proposal that I understand is on the desk of the finance minister at the moment is to create some sort of intermediary cryptocurrency,” Greenspan said.

Putin has been a fan of cryptos for years, after he personally met with Vitalik Buterin, the 24-year-old Russian founder of cryptocurrency Ethereum in 2017 to discuss possibilities in the sector, and has also met personally with the Ethereum head in recent months according to The Telegraph.

“We know that Vladimir Putin is a big advocate of blockchain technology,” said Greenspan.

“Obviously he doesn’t like the sanctions that have been placed on him and he’s already said that these types of sanctions are going to lead to de-dollarisation. This is more or less the direction the Russian government is going.”

News of the potential Russian reallocation provided a sharp boost in crypto prices this morning, which have resumed their drift in the past week after bitcoin once again dipped below $4000 with many experts, the same ones who never anticipated bitcoin could reach $20,000 in December 2017, predicting that the crypto space is doomed. 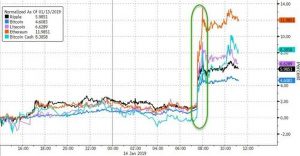 If Putin indeed plans on buying up nearly 20% of the outstanding bitcoin float, not only will reports of bitcoin’s imminent death prove to be greatly exaggerated, but should the market attempt to frontrun Russia and/or should the total float shrink dramatically, the third, and biggest cryptobubble yet is about to be unleashed, something which will likely be facilitated by Chinese capital outflows which as we reported earlier, appear to have returned, just as they did shortly before bitcoin exploded from $200 to $20,000.